When contemplating starting a family, it is important to be educated about the various methods available until you are ready for that step. Family planning involves the use of birth control which includes deliberate behaviors, devices or medications to intentionally prevent pregnancies. Contraceptives work in various ways by preventing the sperm from fertilizing the egg. Family planning also can be used to limit the number of children you have or to space pregnancies.

Listed below are some forms of contraception management.

*Being sexually abstinent is the only 100% effective way to prevent unwanted pregnancies. Abstinence also protects against STDs.

If you live in or around Sterling Heights please call our office to schedule an appointment with one of our health care professional so that we may answer any of your questions and help you find the right family planning method for you. Visit our contact us page for more information.

Go back to Patient Education 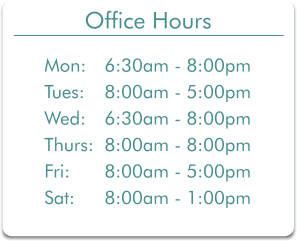